Depending on where the infection is, signs and symptoms of gonorrhea may vary:

To determine whether you have gonorrhea, a sample of cells will be collected from the affected area and analysed. Samples can be collected by:

As gonorrhea can occur in the urethra (part of the urinary tract), a urine test tests for any presence of bacteria in your urethra. It requires a test sample of a person’s urine, typically the first part of the urine stream, to be collected and tested.

B. Swab of the affected area

Home Test Kits come in two forms: one that collects and tests urine samples, and one that requires the person to swab the affected area. They come in simple kits with detailed instructions on how to collect samples. Once you have collected the samples, the samples should be returned for laboratory testing, as instructed in the kit.

Why is it important to screen for Gonorrhea? 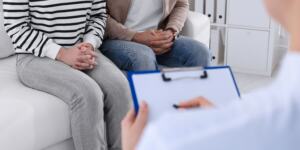 There are no at-home remedies or over-the-counter medications that have been proven to treat gonorrhea. The only proven treatment is antibiotics, which may be administered as an injection or taken orally. There is a common belief that mouthwash is able to cure gonorrhea, but these beliefs have yet to be proven with scientific evidence.

As the saying goes, “Prevention is better than cure.” To keep yourself and your partner safe from gonorrhea, practise the following prevention methods:

Home Remedies for Physical Therapy: How to Save Money and Time

What you Should Know about UTIs

Human PapillomaVirus (HPV) and its link to Cervical Cancer

Can Urinary Stone Disease Be Prevented?

Should I Be Concerned About Blood in My Urine?