Pancreatic cancer is a serious and often deadly disease. Fortunately, there have been significant breakthroughs in treatment in recent years. Here are three of the most promising new treatments for pancreatic cancer.

Stereotactic radiosurgery (SRS) is a type of radiation therapy that uses high doses of radiation to target specific areas within the body. SRS can be used to treat, small pancreatic tumors that have not spread to other parts of the body, and it has been shown to be effective in prolonging patients’ survival rates. 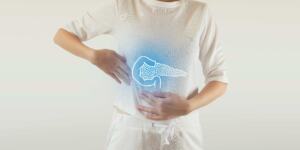 Pancreatic cancer is a serious and deadly disease, but there have been significant breakthroughs in treatment in recent years. New immunotherapy and targeted therapies show promise for treating pancreatic cancer, and stereotactic radiosurgery can be used to effectively treat small tumors that have not spread to other parts of the body. If you or someone you know has been diagnosed with pancreatic cancer, talk to your doctor about these new breakthrough treatments.

Share this information with everyone you know so that more people can benefit from these potentially life-saving therapies.

Vascular Surgery at a glance: Conditions

Knee Osteoarthritis: What Should I Do?

Colorectal Cancer: What You Need to Know

Signs and Symptoms of a Highly Malignant Brain Tumor