We all know that leading a healthy lifestyle is important for our heart health, but did you know there are some foods that can trigger a heart attack?

While we may not be able to entirely avoid these foods, it’s important to be aware of the potential triggers so we can make informed choices about what we eat. Here are the worst offenders when it comes to heart attack triggers:

Red meat, such as beef, pork, and lamb, is high in saturated fat and cholesterol, both of which can contribute to heart disease. The American Heart Association recommends limiting red meat consumption to no more than two servings per week.

Processed meats, such as ham, bacon, sausage, and luncheon meats, are also high in saturated fat and cholesterol. They also often contain sodium nitrates, which have been linked to an increased risk of developing cancer. The American Heart Association recommends avoiding processed meats altogether.

High-GI cereal foods are those that are made with refined grains like white rice and white flour or that contain lots of sugar like cakes, biscuits, and sweetened breakfast cereals. These foods cause your blood sugar levels to spike, which can lead to weight gain and type 2 diabetes.
7 . Salt

Salt is often added to processed foods like lunch meats, canned soups, and frozen dinners. Eating too much salt can raise your blood pressure, which puts you at a greater risk of developing heart disease. The American Heart Association recommends consuming no more than 2 . 3 grams of sodium per day, which works out to be about one teaspoonful. 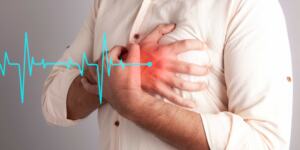 Making even small changes to your diet can have a big impact on your heart health. By avoiding the worst offenders when it comes to heart disease, you can help keep your heart healthy and reduce your risk of developing this serious condition.

Share this information with your loved ones so that they can also take steps to protect their hearts.

Vascular Surgery at a glance: Conditions

The Ultimate Guide To A Healthy, Happy Weekend Detox

The Negative Effects of Sugar on the Skin

The Truth About Aphrodisiacs: Do These Foods Really Work?